Berkshire Renegades American Football Club has been faced with some tough choices in recent years whether to participate or not in season competitions.

So many factors will trigger the process of having to make a decision or not and the outcome isn’t decided upon easily. It’s carried out via consultation with players, coaches and the board.

We chose not to compete with our adult team last season due to Covid and we firmly believe it was the right thing to do. The protection of our players is paramount whether it be due to preparation for games or a global pandemic raging around us.

We firmly believe that we made the right decision then and Berkshire Renegades now has a strong team of players, back with us this season. They’re training hard and getting ready for what will be an exciting season of football in 2022.

Most recently, our U19 team have been withdrawn from the 2022 season of competition. We’ve had some changes occurring within the club and across the coaching staff which has led to our team being underprepared for a tough season of amazing football by all the teams who are participating.

The decision again was not an easy one and a disappointment for the young men who are putting themselves forward to play for the club. Discussions were held between players, coaches and the board. It was agreed that for the safety of our players, we would move to associate status with BAFA and the plan is to work to build a stronger and better team who will return to play the 2023 season.

On announcing this across our social media, we had a mixed response that is worthy of sharing with you as we would like the discussion to continue as to how player safety is managed across other UK clubs and how much importance coaches, players and Club Boards really place on safety of their players.

The first response we observed post our announcement was on Facebook from a “media” company who shared our post and announced via their own message that our U19 team had folded. A further mockery at player safety was made in their messaging.

Of course, one of our player mums became very unhappy about the tone of the message and challenged them in the comments, only to have the comment removed. Commenting appeared disabled until the following morning and this gave the perception was that this “media” outlet were determined to have the final say. They paid no attention to the significance of the decision we made and in fact diluted the player safety message for all to read.

A player added a comment the next day which remains on the post and they eventually changed their statement in the post to say we had withdrawn from competition which was an improvement to their earlier message.

The mockery relating toward player safety remained, however. It was obvious they weren’t interested in discussing or sharing the real reason when a click bait headline can be achieved by them. The concern at this point for the club became the number of people that this message has cascaded to and the highly inappropriate messaging that flowed from this reshared post.

As a result of the reshared post, we were approached by other teams telling us how sorry they were that our team had folded and that our players were welcome to play for their clubs.

This is where the integrity of these clubs becomes clouded for this writer. We can only hope that their offer was meant with good intention.

Did they not read the Berkshire Renegades announcement properly? They missed the player safety and not prepared part of the message.

Did they even consider player safety at all or consider the level of preparation that our players had achieved at the time of the decision making?

Or did they simply see this as a chance to bolster their numbers? Poaching was the term that was considered by some sideline conversations at the following training session.

Player safety is paramount at Berkshire Renegades AFC for all of our players. Has that been lost amongst UK clubs in the midst of the desire to win at all costs?

Winning is fabulous but what are we compromising to achieve it? If a player sustains an injury, that could take them out for the remainder of the season or even longer, depending on the severity of the injury. Berkshire Renegades AFC does not want that for anyone.

We also received a further message from a reader of our post who took the time to thanks us for the decision that we made. This follower explained that they have a son in a youth team at another club and that there is an expectation that their players will be sent out to play matches with inadequate training and preparation.

We were thanked in the message from our follower for making the decision in favour of people and not glory. Thankyou follower for sharing your sentiment and story as your single message to us reinforces our decision on these withdrawals for both of our teams that we have done the right thing.

Whenever our players, coaches and staff come onto the field and represent Berkshire Renegades American Football Club, it is always with the understanding that safety comes first. At no time will we risk the welfare of our players of any age if we feel they do not have the right tools to go out and face the competition or be involved in the sport. We sleep well at night knowing we have made the right choice, even when it’s the tough choice.

If this comes at the cost of not achieving a trophy or a title then that is the risk that we are very prepared to take. We want to see our players participate in this sport week after week and continue to develop, improve and enjoy this fantastic sport and that is how we plan to take our approach to running our club. 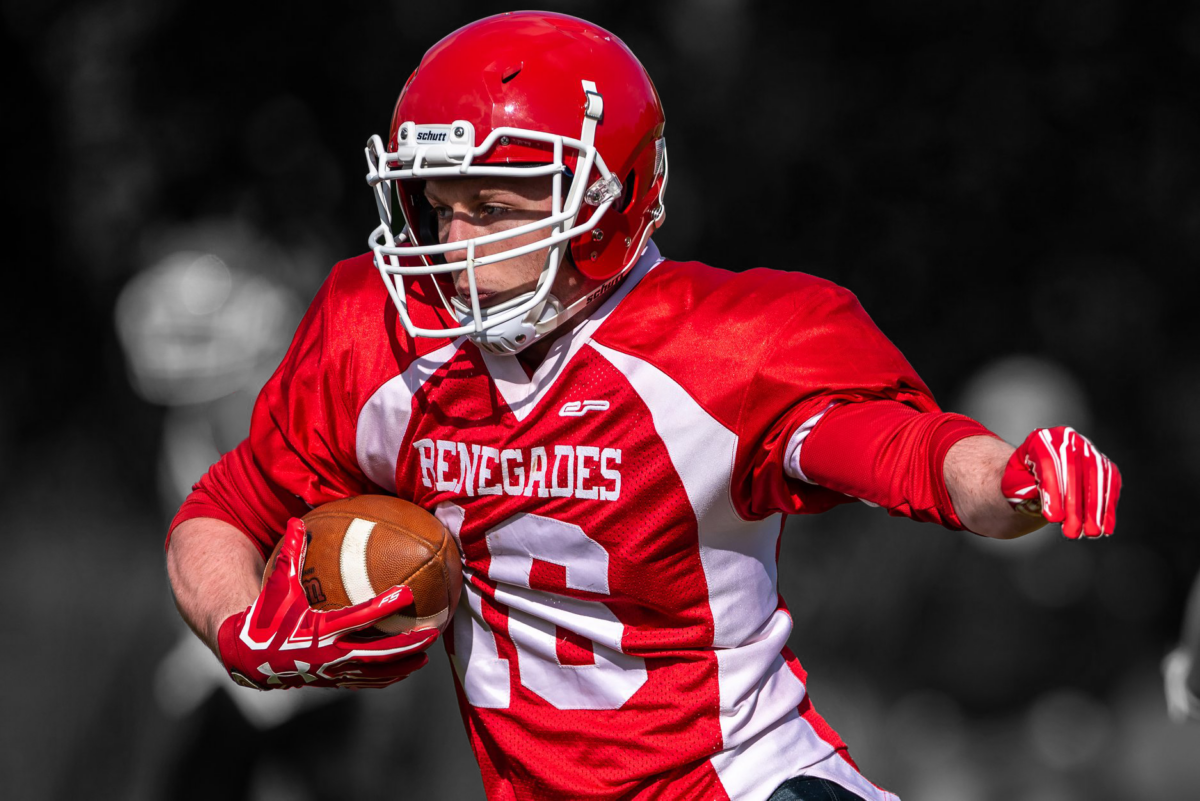 As we move into 2022, we’re gearing up for a new season. With an overhaul of the website, we’re ready to show the world what we can do. Keep an 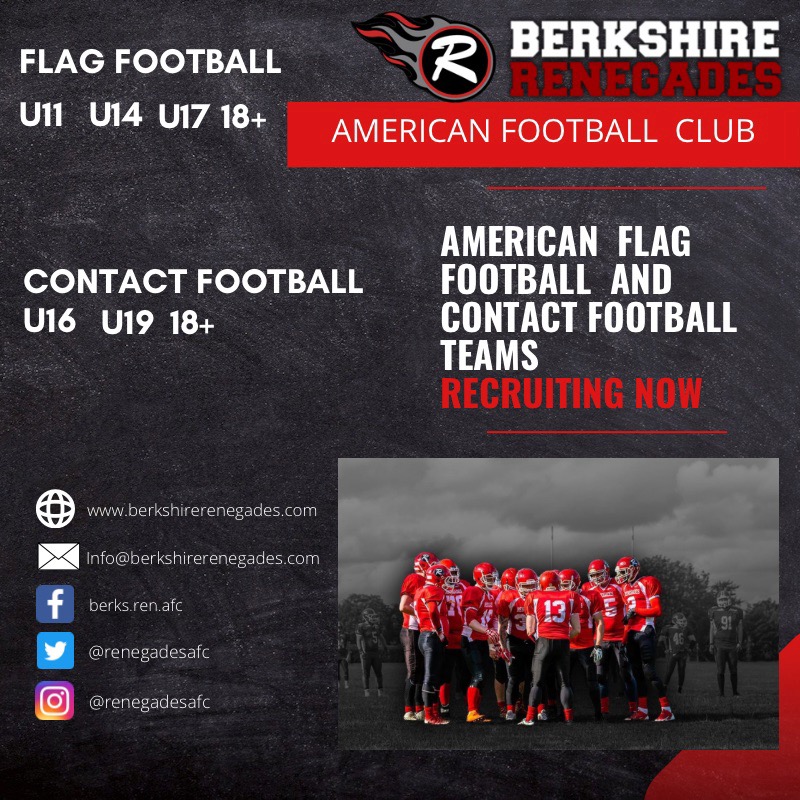 Looking to play American Football? Berkshire Renegades has teams for all ages and we’re looking to grow this amazing sport across the community. Open to guys and gals, take a